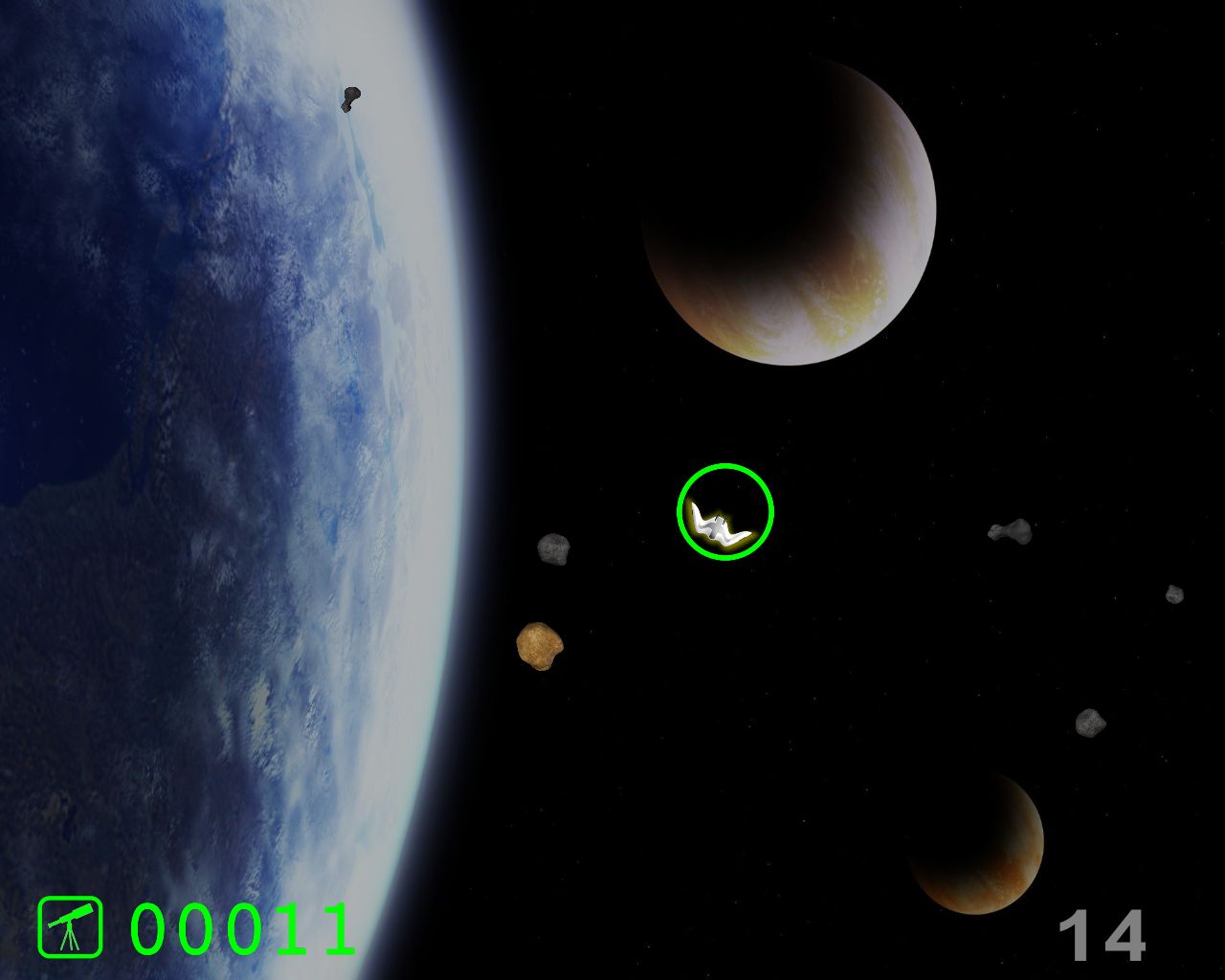 The VISMO training program trains visuomotor coordination - the ability to coordinate hand and arm movements in response to visual stimuli.

In the VISMO training program the client is instructed to observe the sky through a telescope. His task is to keep a particular object – a satellite, planet or spaceship – within the telescope’s finder (a green circle on the screen). Since the object is moving across the sky as it is being watched, the client must actively track it with the finder. The aim is not to lose the object from the finder. The longer the finder remains on the object, the more points the client accumulates.

Visuomotor coordination skills play an important part in many everyday situations such as driving a car, using household equipment or picking up objects.

VISMO trains clients’ visuomotor coordination by means of tracking tasks. These involve using a joystick to keep a circle positioned over a target object on the screen. The target object moves across the screen along a path that varies in its degree of complexity. A number of studies have shown that regular training with tasks of this type improves visuomotor performance in patients with motor disabilities. There is also evidence that these tasks can improve visuomotor ability even in people without motor disabilities.