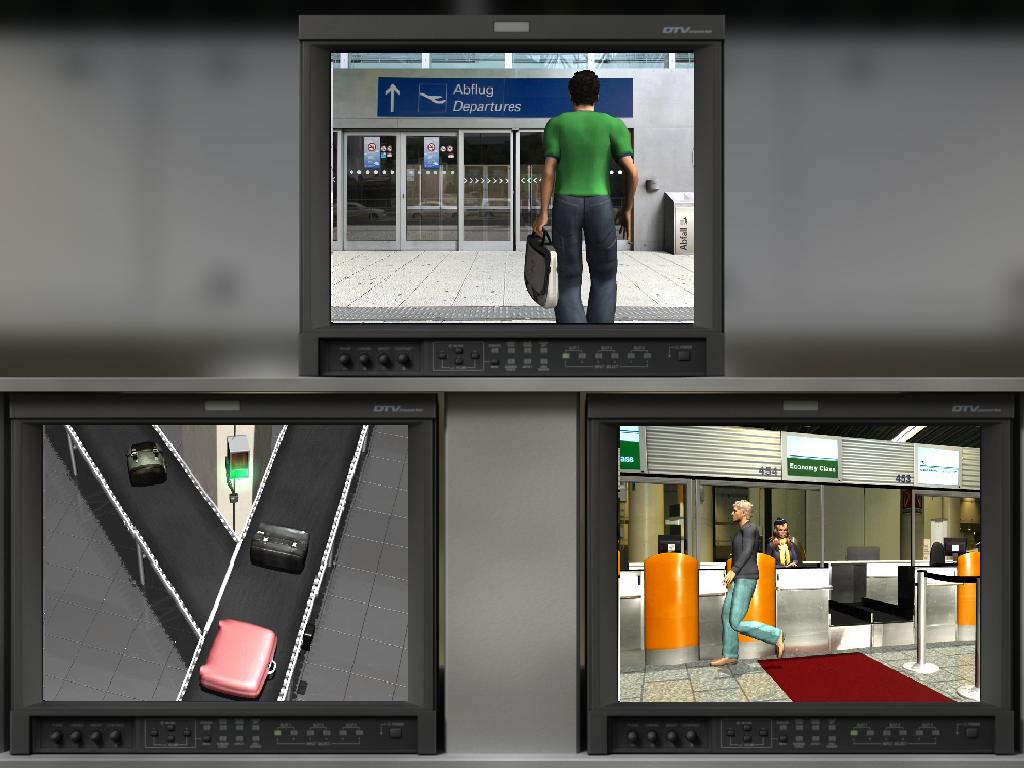 In this training program the client takes on the role of a security official at an airport. He has to simultaneously observe both a range of scenes on several control monitors (sliding doors at the entrance, ticket counter, luggage conveyor) and announcements made over the loudspeaker system. His task is to deal with problems that occur by pressing the response key. If the client fails to react promptly to a problem or a relevant announcement, the picture is frozen on all channels and the channel on which the problem occurred is highlighted. The events displayed do not continue until the reaction button is pressed.

The ability to divide one’s attention depends on the processing resources available and on the nature of the combined tasks. The more similar the tasks, the greater the interference that arises between them (Wickens, 1984). In everyday life the ability to split one’s attention is relevant to many skills – for example, driving a car, which normally requires the simultaneous monitoring of a number of different information streams.

DIVID has 15 difficulty levels. The difficulty levels vary in terms of the number of channels that the client has to monitor, the frequency of breakdowns, the minimum interval between two breakdowns and the maximum time allowed for noticing a breakdown.