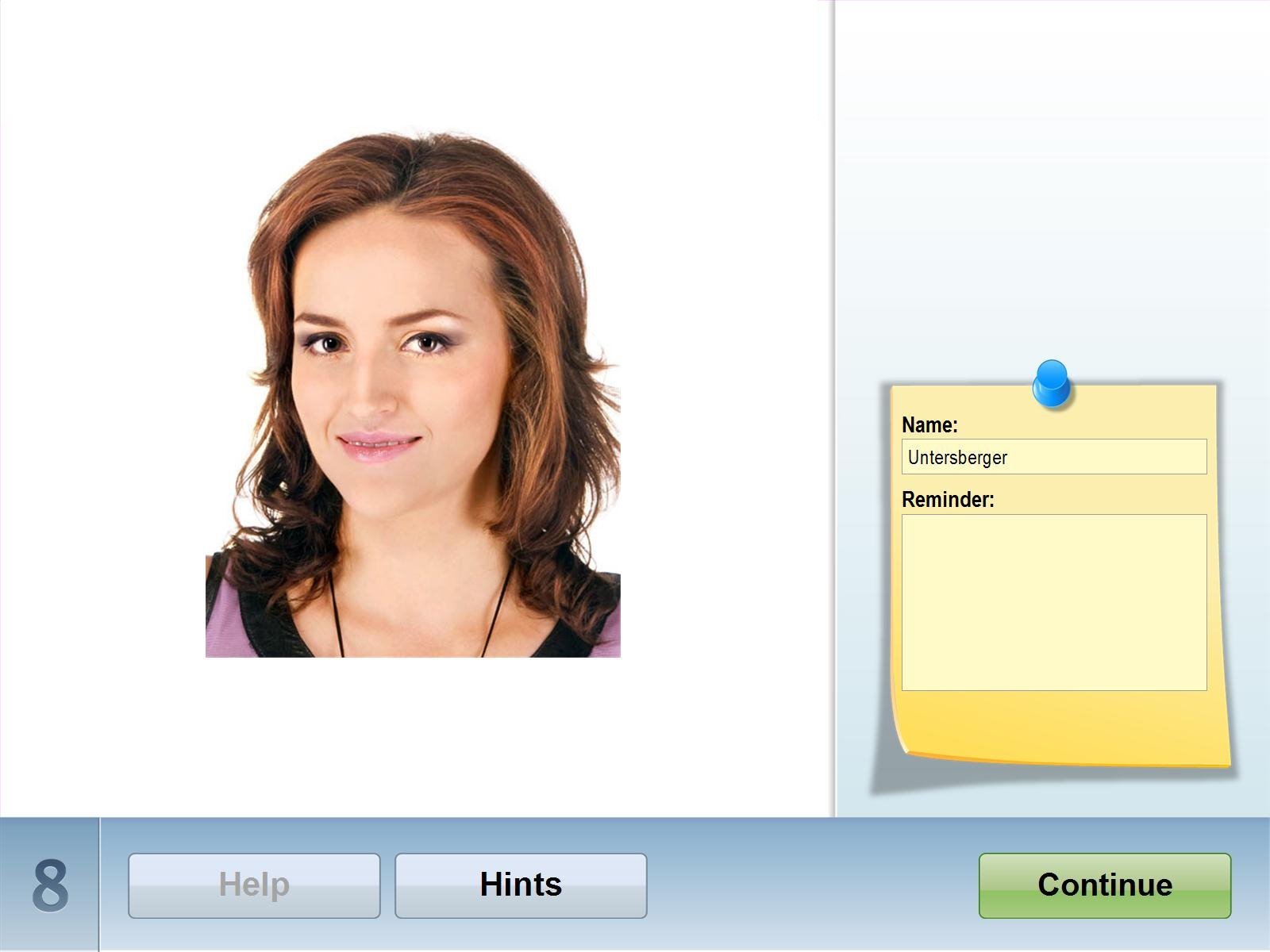 The NAMES training program enables the client to practice effective strategies for learning people's names and associating them with faces.

In NAMES the client is instructed to remember the names of individuals. The names must then be recalled when pictures of the individuals are displayed. In the course of training the client is taught strategies to assist learning and recall. The difficulty of the tasks is varied systematically in the course of the program. At the most advanced difficulty levels the individuals are introduced to the client by a speaker, as at a party. This is intended to simulate a real-life situation in which a number of names must be remembered in a short period of time and thus facilitate transfer to everyday life.

According to current psychological models of cognition, people's names have fewer structural bindings than other identity-specific semantic details (such as occupation or nationality) and names of objects. Because of their limited binding, the learning and later recall of people's names is a particularly demanding cognitive task. However, performance in learning face/name pairs can be improved by applying particular processing strategies –  such as conscious linking with information already in memory and use of mental imagery.

In the NAMES training program difficulty is varied by changing the number of people in a set to be learned, the extent to which the names conjure up meanings or images, the appearance of the individuals and the way in which the task is presented. In addition, at the lower levels there is an option to view hints on memorizing strategies and to enter tips that the individual has devised.