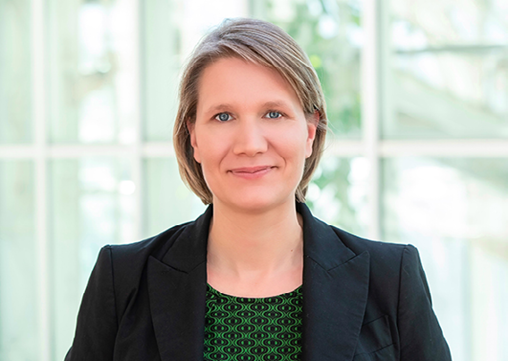 “The opportunities that could arise from closer links between psychology, technology and practice are far from exhausted. (...)"

“The opportunities that could arise from closer links between psychology, technology and practice are far from exhausted.
One of the key tasks of test developers in the coming years will be to help practitioners utilize the rapidly expanding potential of technology. The foundations of usefulness are the knowledge of how to predict human behavior that has been built up over past decades, and quality assurance standards.”

Profile:
Prof. Dr. Tuulia Ortner has been developing psychological tests and questionnaries for practical and research purposes for the past twenty years. After gaining her first degree and doctorate at the University of Vienna (2004), she held various research posts, including positions at the Humboldt University in Berlin and the Free University of Berlin, where by the time she left she held the Chair of Psychological Assessment and Personality Psychology. Since 2012 Tuulia Ortner has been a professor at the University of Salzburg, where she heads the Department of Psychological Assessment. The topics on which she focuses in her research include issues of test fairness and the development of innovative computerized test formats and item types. This has led her to work on various projects with different institutions and companies that have focused on aspects of personnel psychology.

What was the aim behind development of the tests?
ELST was designed as a test that, despite its short length, provides a highly accurate assessment of English language skills in the three areas of vocabulary, grammar and text comprehension.

For what target group was the test developed?
ELST was developed to assess the English skills of German-speakers who have learned English as a foreign language. The test needed to be usable in both educational and work-related Settings.

What are the special features of the tests?
A special feature of the use of ELST is the facility for adaptive item presentation – this is made possible because the items fit the dichotomous Rasch model. Another interesting aspect of the development process was the results of the validation studies that investigated whether the differences in item difficulty that had been theoretically assumed at the design stage also occurred to at least some extent empirically.

How to you see tests developing in the future? What aspects of this are you particularly interested in?
With ELST it would be exciting to develop additional modules to measure components of language comprehension that have not yet been taken into account, such as aspects of the spoken language.

Additional information on the website of University of Salzburg.