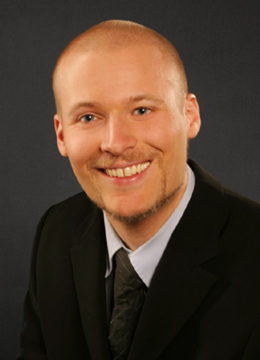 “The main goal of our work is to link computer-based test formats with established methods of scaling and psychometrics to create new and innovative test formats that are both scientifically validated and have a high benefit for practical application.”

Profile:
Samuel Greiff commenced his studies in psychology in Marburg (Germany; 2000-2003), and continued them in Bergen (Norway; 2004) and Heidelberg (Germany; 2003-2006). He completed his doctoral dissertation on “Assessment of individual problem solving ability” in 2010. Mr. Greiff has been teaching and conducting research as an ATTRACT fellow since 2012 and has been Associate Professor at the University of Luxembourg since 2015. In addition to individual problem solving, his Computer-Based Assessment research group also researches other 21st century skills such as creativity, collaborative problem solving and global competencies. In addition to conducting research, the group maintains a close cooperation with international large-scale studies such as PISA and PIACC.

What was the aim behind development of the test?
The aim of developing COMPRO was to make complex problem solving – an ability construct that is highly interesting and relevant as an individual feature – recordable in a test procedure for individual assessment.

What was the greatest challenge in developing your tests?
The cognitive psychology definition of complex problem solving has to be covered in the tasks of COMPRO, while at the same time guaranteeing the psychometric quality and scalability of the tasks – bridging the gap between the breadth of the content and standardization, so to speak.

For what target group were these tests developed?
For now, COMPRO is geared towards adolescents and adults and is suited particularly for diagnosing persons who have to think strategically and act purposefully in their jobs.

What are the special features of the tests?
Unlike many other test procedures, COMPRO includes an item format that can be administered exclusively computer-based and in which the interaction between the person and the prescribed problem situation are at the focus.

How do you see tests developing in the future? What aspects of this are you particularly interested in?
In my research, I’m personally most interested in making process and behavior data usable in a form that gives us important findings beyond overall performance. Some of these aspects are already realized in COMPRO.