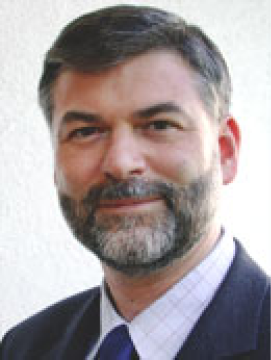 Profile:
Born in Bischofsheim near Mainz. Studied psychology, logic and the philosophy of science at the University of Mannheim. 1998 – researcher (German Research Foundation) at the Catholic University of Eichstätt-Ingolstadt. January 1989 – February 1991 – ward psychologist and research assistant at the Central Institute of Mental Health (ZISG), Mannheim. Doctorate 1990 at the University of Mannheim. From March 1991 lecturer at the University of Constance with postdoctoral qualification (habilitation) in 1997. Since January 1998 head of the Clinical and Experimental Neuropsychology working group at the Clinic and Polyclinic for Psychiatry and Psychotherapy at the Rechts der Isar Hospital of Munich Technical University, working in patient care, research, teaching and the preparation of expert opinions. Member of the German Society for Psychology (DGPs) and the Society for Neuropsychology (GNP). Since 2005 co-editor of the Zeitschrift für Neuropsychologie.

What was the aim behind development of the test set?
The CFD (Cognitive Functions Dementia) test set, which combines adaptations of established tests (CORSI, TMT, WAFA) with newly developed ones (AWLT, VISCO, WIWO, WOBT) was designed for the investigation of cognitive functions that are key to the early identification and differential diagnosis of dementia disorders and that are not assessed in this breadth by existing “dementia tests”; it needed to be easy to complete, even for older people with little computer experience, while at the same time meeting high psychometric standards.

What was the greatest challenge in developing your test set?
The computer-based recording of respondents’ verbal responses by means of the construction of speech tasks in the areas of verbal learning, memory and object naming that were theoretically sound and at the same time practicable.

For what target group was the test set developed?
The CFD test set provides improved early identification and differential diagnosis of neurocognitive disorders, especially neurodegenerative dementia syndromes, in people between the ages of 50 and 95. But its use is not restricted to issues of dementia diagnosis in the narrow sense; it can also support neuropsychological ability assessment in older people generally.

What are the special features of the test set?
For the first time in the context of the Vienna Test System (VTS) we have created a test set that can be used on a convertible laptop with touch screen, so that it as portable as a tablet and can be used with a bedbound patient if necessary. With regression-based test norming (continuous norming) and measurement of progression, backed up by single-case statistics, on the basis of two parallel versions (reliable change indices), the CFD provides opportunities that until now have not been standard in neuropsychological dementia diagnosis.

How to you see tests developing in the future? What aspects of this are you particularly interested in?
The general aim is to continuously improve clinical usability and the differential diagnostic potential of computer-based tests. This requires close cooperation between test developers and test users, of the sort that Schuhfried has been able to achieve in an inspiring and fruitful way. And with regard to the CFD in particular, in accordance with the DSM 5 recommendations on the diagnosis of neurocognitive disorders it would in future also be desirable to measure key aspects of social cognition.